Tick or Terrorist? – My Story!

Because I was misdiagnosed for years and had to diagnose my own problem.  Had spent over $100,000 in medical bills (this includes insurance payments). This included losing property due to expenses.

Was on over 15 medications including pain medicine and had body tremors that affected the eyes and vision, severe environmental sensitivities along with food allergies accompanied these symptoms. At one point I was on Namenda to reduce eye tremors along with Clonazepam and took tramadol for pain. Anything I touched caused my body to burn and hurt. Any type of stress-triggered Brain Fog and I lost my hair and developed tinnitus and severe sinusitis. Why did the doctors not know what is wrong? Why did they not use virtual technology to diagnose?

Then my memory started to be affected. I was told everything was psychosomatic even when all I could eat was potatoes. This affected what I could eat. When eating my whole body would hurt. Virtual Technology showed meningitis from a tick bite, Lymes disease, and even Covid- one of the common colds that can cause severe sinus problems.

I took my virtual exam to a doctor and they said “Where did you get that”? They did not say… let’s see that and let’s see what we can do to help.

Insurance was getting scammy and stopped covering a lot of my medicine so I just threw all pharmaceuticals away and decided to stop seeing the doctors because they were too limited in what they could do and they did not want to read the virtual Bioscan.

A Bioscan is a computer device that registers frequencies of organisms in the body. Every organism has a frequency and to my surprise, it picked up on Mycoplasma, Tickborne illness, fungus, and parasites.  I did detox foot baths that really were heavy in the removal of substances from the body.

Started on a homeopathic regimen of Colostrum, oranges, grapefruits, and spices because I was not feeling well and could not get a doctor to listen. I also got Carbo Flower from a Farmer and did that. The Bioscan also  showed Rickettsia- Borrelia Burgdorferi.

Contacted my new doctor and asked him to do a Rickettsia Panel and it showed Chronic Rickettsia. A Positive IGG IGM. At this time, I was insured by insurance that did not let you pick what doctor you wanted. The only doctor on this insurance were ones I had already been to and my new doctor did not feel comfortable treating it. A doctor not feeling comfortable being a doctor is not one to go to so I stopped going.

One strange allergy related to fibromyalgia illness is the strong sensitivity to newspapers, Credit card receipts, and paper. Touching certain types of materials and eating bread triggers the organism.

When a tick-borne illness is left untreated it can go into arthritis and it is probably the cause of all the Fibromyalgia cases. Depending on what type of tick, it can lead to meningitis and encephalitis causing memory problems, depression, neurological problems, behavioral problems, and the inability to hold a job.

Food Allergies are the number one clue that you have an underlying organism. A person should be able to eat all foods. Many times, these allergies are just Herxheimer reactions because the food is fighting the disease or aggravating the disease.

We are seeing a great outbreak of problems that are misclassified as Mental Illness. If problems were just treated, rather than covered up with different antidepressants and antianxiety medicines there would be less drug dependence in the USA.

If you have depression and feel suicidal there is an underlying problem. One of the first symptoms is procrastination. You just do not feel right about something. You may not even have any symptoms except a few food allergies and chronic sinusitis.  You go to a psychiatrist thinking it is depression and get put on medications that reduce the sensitivities and feel better for years then later down the line the severe physical symptoms kick in. This is what happened to me but thanks to God I was able to figure this out with virtual diagnosis before it was too late.

Our foods are not causing the problem because why would some be able to eat them and others not. I believe we should reduce GMOs as much as possible because of the toxins but they would not be available to eat unless they were made safe for human consumption. In the case of Tick-borne illness and the stealth viruses associated with them, you have to eat differently. Dropping milk, cheese and eggs is healthful because they increase Uric acid and cause pain.

I did try Reflexology and then decided that was what I wanted to do because it did help with the stress from the illness.

This is what it is like to live with Tick-borne illness:  You feel cold a lot, your ears ring, throat is sore, You can feel it move in your body, You itch, It is hard to concentrate, the brain gets fogged up, vision blurred at times, You have severe sensitivities to materials and paper.  Many times, you may not feel joyful and happy but that is not depression, it is because you just feel bad due to the tick-borne illness. My previous doctors would just say it’s an environmental illness.  But they are wrong…..The environment or food does not cause the problem but is a detoxing agent and anytime detoxing or body cleansing is happening, you will feel worse.

The object to defeating a tick-borne illness when you do not have a doctor is to treat the tick like a hacker or terrorist. You must put out decoys and trick the tick. You can use foods, spices, and everyday things to do this but using electrostimulation- Tens Solis Pain Relief System and infrared Biomat therapy are essential to keeping it under control. 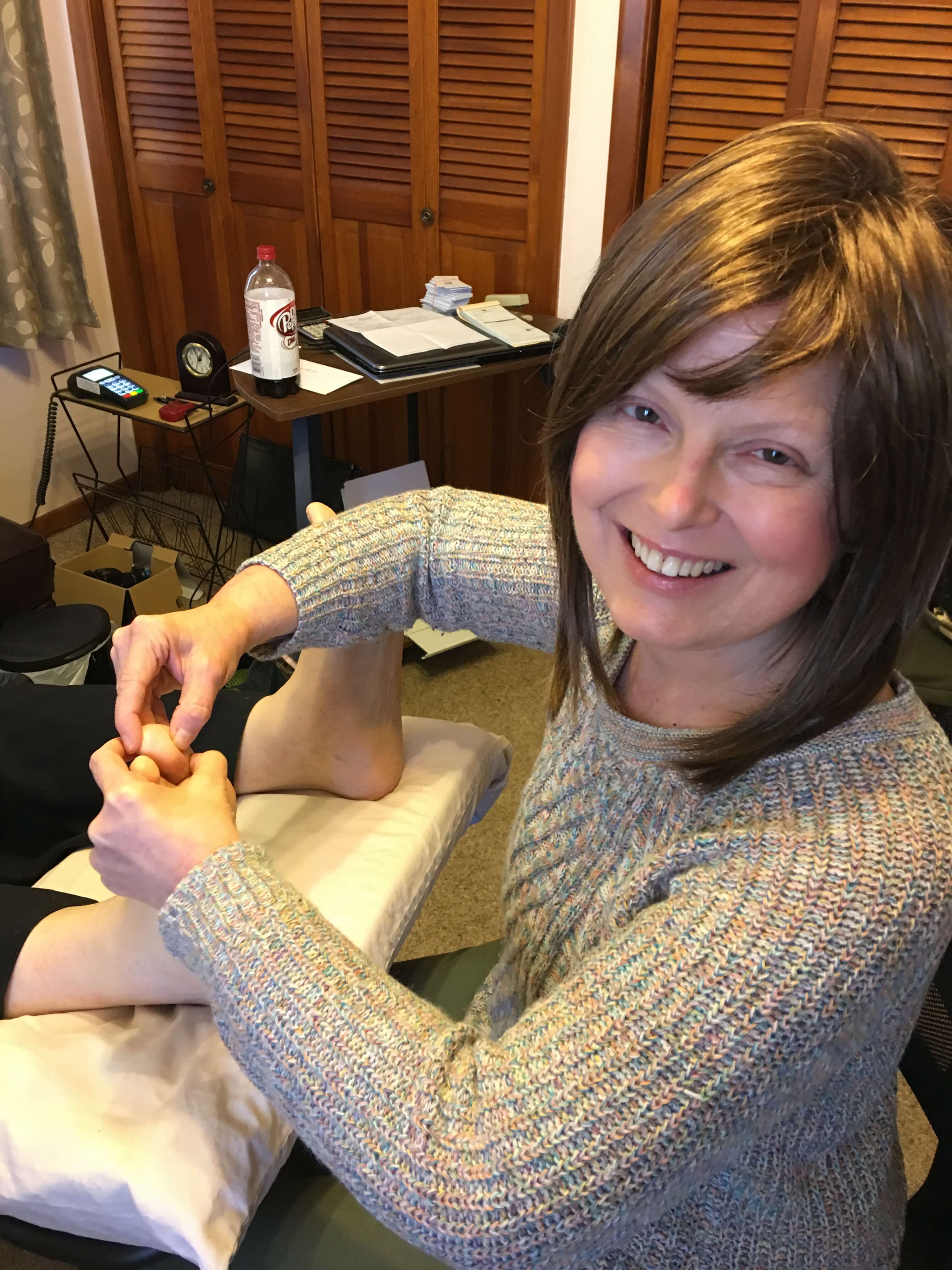 If you are chronically depressed and feeling bad do not harm yourself or commit suicide because there is some physical problem causing you to feel this way. If you take antidepressants, antianxiety medicine or narcotic pain medication just realized it is a band-aid and not a cure. It will prevent you from feeling what is really going on in your body.

Tick-Borne illness can lead to other adrenal problems such as diabetes and heart disease and MS due to damage to the spine. It can also lead to Cancer (due to the secondary fungal infection). So, if you are diagnosed with Cancer it is good to get a virtual scan to tell you what is going on.

My observation: I watched a horror movie about a large bug that was created by a secret government operation. This bug was huge….. it ate people in the movie. My goal was to see how they killed it. Since the bug ate people, I know that these types of organisms like meat and blood. They do not eat bread, oatmeal, or salad. When a tick or mosquito bites it does not come for a salad, but it comes to suck your blood so a plant-based vegan diet is the best way to get rid of bugs or parasites.

In the movie, they injected the bug with a neurotoxin and the bug went to sleep. But after it wore off it got back up. When it bit people, the people did have signs of cellular changes. The person bit in the movie eventually turned into a bug. In the movie, they magnified this, and it was immediate but with the actual tick, this is a slow process. It does change your skin after a period making it hard to wear certain types of clothes and touch certain things but can be slowly overcome.

In the movie, they used to heat and cold on the bug. In the end they did drown the tick so drinking lots of water is very necessary when having the illness. But in the movie one always gets away so when you have a tick-borne illness you will have to be treating it for the rest of your life.

Once your body is affected by the illness and it affects the pancreas so you have to limit sugar intake to prevent the pancreas from overworking and producing too much insulin.

Anyone who must use products for sensitive skin and who cannot eat gluten should have a Bioscan.

My conclusion after watching this movie is that when I was on all the medication, it acted as a neurotoxin on the tick-borne illness and put the bugs asleep. When I got off the medication, they woke up. As the bugs were asleep in my body, my immune system reacted against the sleeping bugs and caused some arthritis. When the bugs are asleep, they still go to the bathroom and they still get up from time to time to eat so that will cause anxiety. It also causes a metabolic disorder too.

I am writing this for all who have been told there is nothing you can do about Arthritis, depression, and chronic illness. You do not have to wait until your body breaks down. You just must be aware that there is something in your body that is causing it.

For meningitis or tremors, you can use- cayenne pepper, onions, garlic, and ginger mixed in Humans. Tremors from the teeth and ringing in the ears are common in Lymes and even covid 19. Both are man-made illnesses. Get this on the gums and teeth to reduce tremors. This can also be used in lung diseases like Covid 19 along with Fomentation Therapy. Thieves Cough drops are really good to keep around and drinking Ningxia Red. Carbo Flower was invented by a Farmer who had Lymes. With any of these illnesses, you can have spinal involvement with a vibrating sensation. The Carbo Flower is an animal Probiotic that can help to reduce anything animal-related. To grow my hair back I use Sulfazyme. For Probiotic, Life 9, Young Living Balance Complete for total nutrition- Blended with a Banana and Alo Vera. If you have a plastic allergy Bananas and Alo Vera are good to eat. Fibrocystic Breast Disease can sometimes activate later in life and while it is unknown to doctors what causes this, my virtual scan showed Bovine Gynecological Mycoplasma. This opened my eyes to the possibility of this being in the tick or uncooked meat or cheese not processed properly. It can lead to breast cancer and my theory on that is it can be cured with an antibiotic or Mountain Savory Essential oil, mint, spearmint- cayenne pepper, Garlic, Onion, Ginger, and a plant-based diet.

Our business is not anti-doctor or anti pharmaceutical. We do believe the insurance companies are crooked and need big reform. Until this happens there may be more viruses in the future so the insurance companies can have control of us. In order to totally be in control of your health, you have to educate yourself and associate with people who have answers.
I am a part of a team in Young Living and many are sick less due to the extreme knowledge that we learn from each other.